Conflict and Living Heritage: Researching the Politics of Cultural Heritage and Identities in Times of War and Displacement
May 10-11, 2016

The French Institute in the Near East (Ifpo) in collaboration with the American University of Iraq, Sulaimani (AUIS) Department of Social Sciences organized their first conference in the Kurdistan region of Iraq on ‘Conflict and Living Heritage’ with the support of the French Embassy in Baghdad and the Institute français in Paris. The Conference was held at AUIS over the course of two days. The organizing committee included Dr. Geraldine Chaterland of Ifpo-Amman, Dr. Boris James, head of Ifpo-Erbil, Dr. Elizabeth Campbell, assistant professor at AUIS, and Dr. Hassan Nadhem, the UNESCO Chair for the Development of Interreligious Dialogue Studies in the Islamic World at the University of Kufa.

View photo gallery of the conference by clicking on image below. 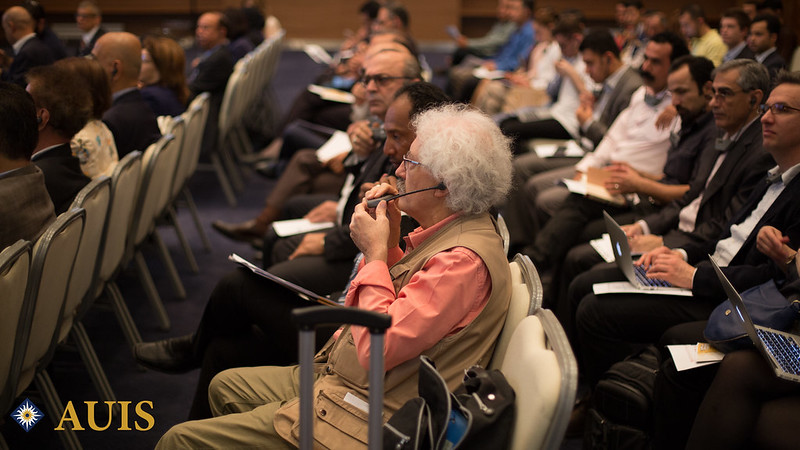 The Conference brought together scholars, researchers, and doctoral candidates in the fields of social anthropology and history, intellectual and interreligious studies, archeology and philosophy, art history and architecture, and ethnomusicology from across the Middle East and Western world. Conference participants were asked to consider the interrelatedness of cultural heritage and identity with armed conflict and forced displacement. Popular art, traditions, religious beliefs and rituals, language and oral expression together with architecture are all forms of heritage that suffer in these on-going wars. Speakers answered broad questions about how living heritage, both tangible and intangible, and collective identities are affected by war and under new political authorities. More particularly, they examined and conceptualized the practices and discourses of local actors to highlight the nexus between cultural heritage, identity, armed conflicts, and population displacement in the Middle East, specifically in Iraq, Syria, Yemen, and Afghanistan.

The main aim of the conference was to shed light on the importance of living heritage. Defined as that which gives a population a sense of collective identity, living heritage in the Middle East, especially in Syria, Iraq, Libya and Yemen, has been targeted as a result of the wars currently waged in these countries. Moreover, while most international organizations, governments, and heritage professionals have concentrated their efforts and attention on the damage and destruction of archeological sites and artifacts, this conference aimed at focusing attention on the aspects of living heritage which are being neglected.

Panel discussions touched on heritage as a practice of resistance in times of crisis and conflict; on the destruction of heritage as a matrix for identity construction; on the initiatives being taken to safeguard intangible heritage; the roles heritage, identity and memory play in exile; on how built heritage can become contested space; and lastly, on perspectives on the conservation of tangible heritage.

Listen to selected talks by participants on our podcast playlist below.